This is a guest submission by Andrew Wise...

Just a few years ago, blogging was seen as little more than a hobby that people enjoyed after they came home from their daily jobs.

As a matter of fact, only 8% of bloggers earned enough money to be able to support a family as recently as 2012.

Fortunately, a lot has changed in the last four years.

First of all the cost of entry has dropped significantly for launching a blog, with upfront costs hovering around the cost of a latte.

Successful bloggers can not only make enough money to support their families, but they can actually make double what the average American earns in a year.

They are living proof that, with a successful plan, blogging can be a lucrative business venture.

If you want to start monetizing your own site, we put together a list of the top affiliate programs $100k bloggers are using. 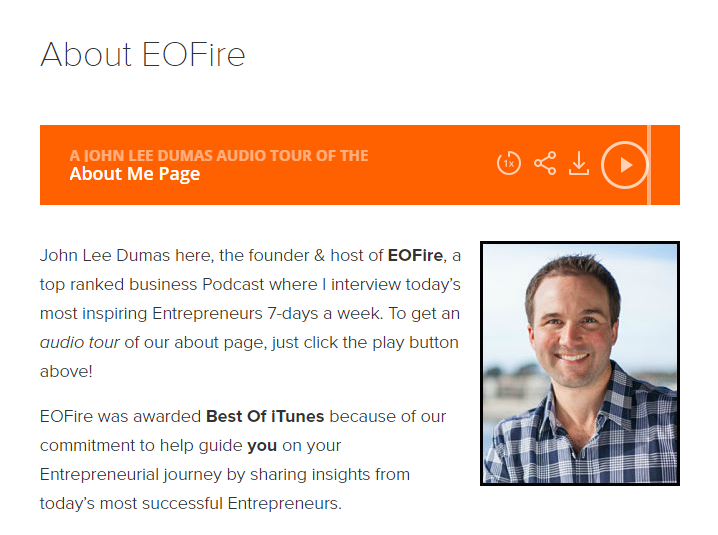 How He Earns Money: Primarily from podcast related products. John sells courses, webinars, and audio/ebooks. He also earns several thousand dollars a month thanks to his affiliate income with companies like BlueHost and Podmastery. 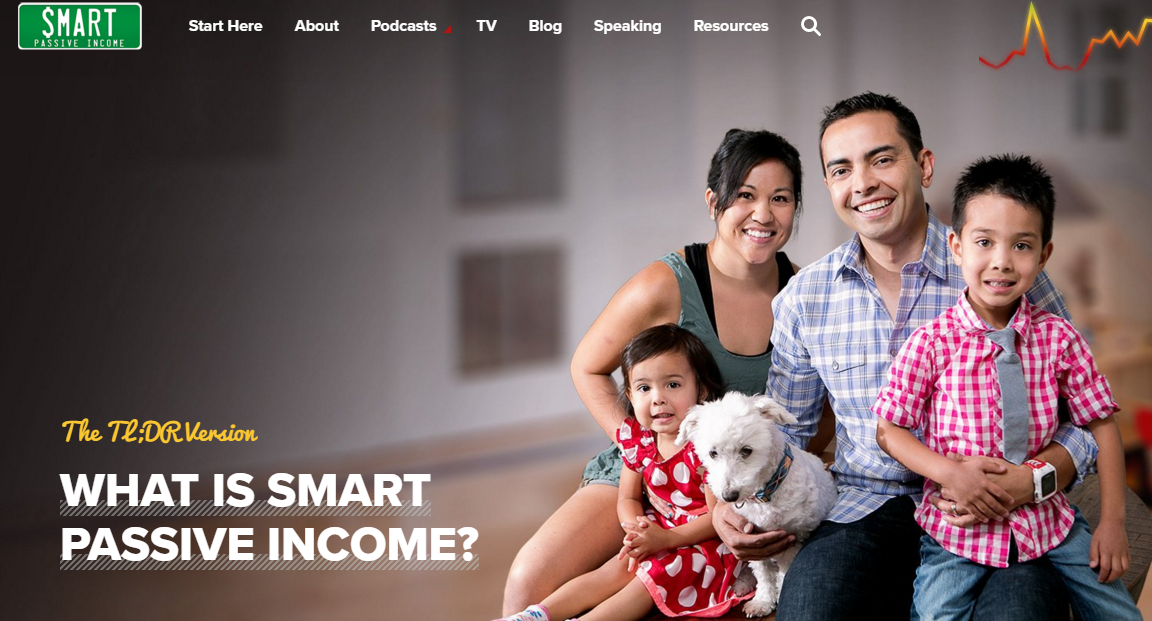 That being said, he has consistently earned between $50k and $100k per MONTH since January of 2013.

How He Earns Money: The bulk of Pat's monthly earnings come from affiliates.

He earned over $53,000 in March 2016 alone just from BlueHost. He also makes a great deal of money from other affiliates, like LeadPages. 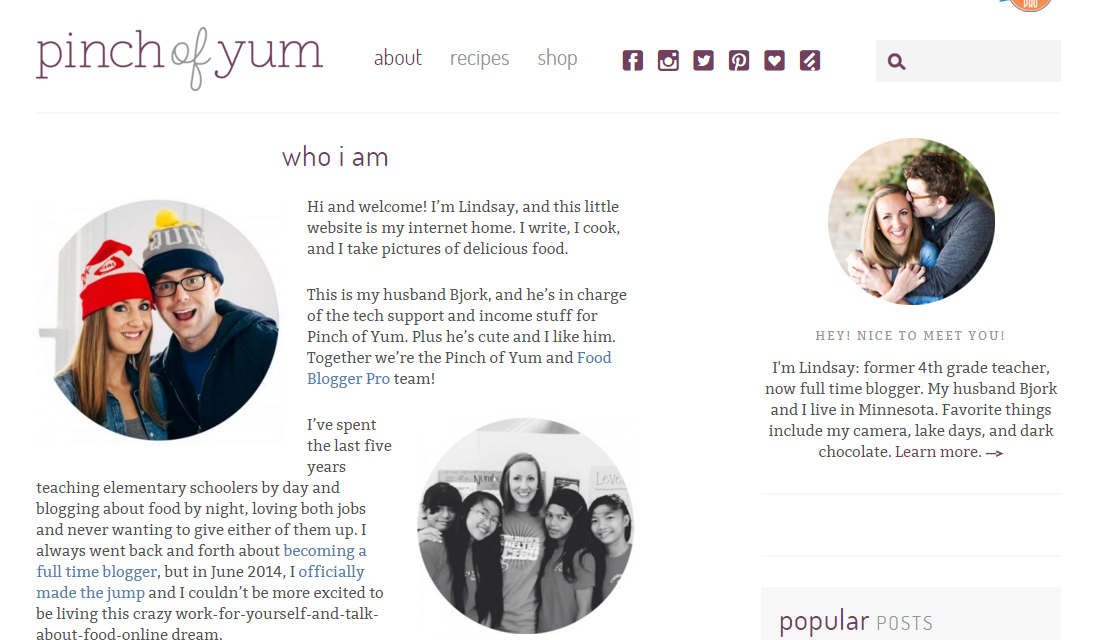 How Long It Took To Earn $100K: Approximately 2 years.

The first year of PinchofYum showed minimal profit for Lindsay, but she was able to successfully increase her profits with each and every month until her website became fully sustainable on its own.

How She Earns Money: Most of Lindsay's monthly profit comes from AdThrive.

Her second most profitable venture is sponsored posts and speaking, which earned her $12,000 in February 2016.

She is also involved with Gourmet Ads, BlueHost, and a food photography program to earn extra cash. 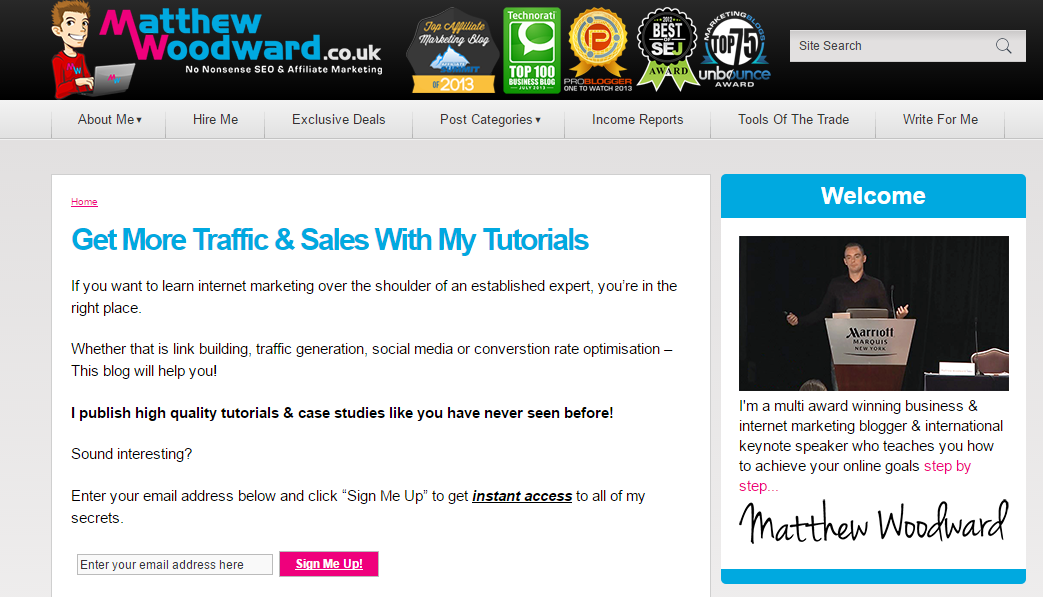 How He Earns Money: As of March 2016, the nearly all of Matthew's income came from affiliate earnings.

He is currently involved in over 50 affiliate programs.

You can see a full list of his affiliates detailed in his income report here. 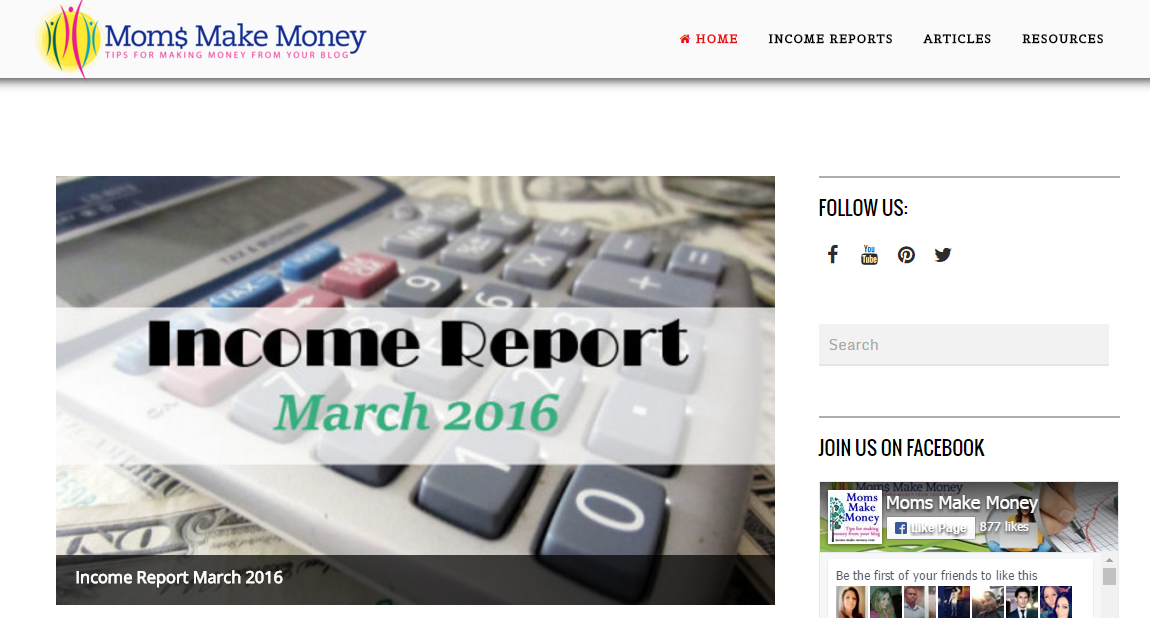 How She Earns Money: As of March 2016, most of Deby's income is thanks to ShareASale.

She is also a part of Amazon and Adsense, which provide a small portion of her profits. 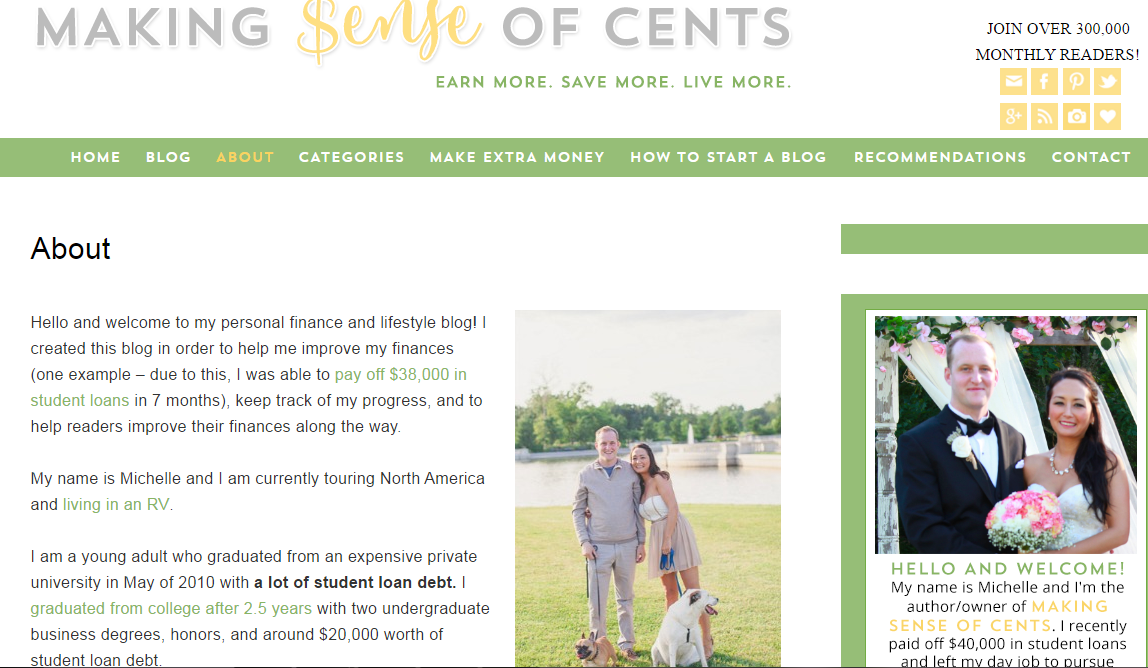 How Long It Took To Earn $100K: Unknown, because she has only been posting income reports for the last few years.

However, she made a combined total of well over $100,000 in the months of February and March this year.

How She Earns Money: Most of Michelle's income is from her affiliation with BlueHost.

Her next most successful venture is with sponsorship's, which earned her $12,815 in just one month.

How He Earns Money: Unlike the others on this list, Daniel sells physical items on Amazon and Ebay to make his profit.

The entirety of his blog focuses on this, and how you can make a profit doing so as well. 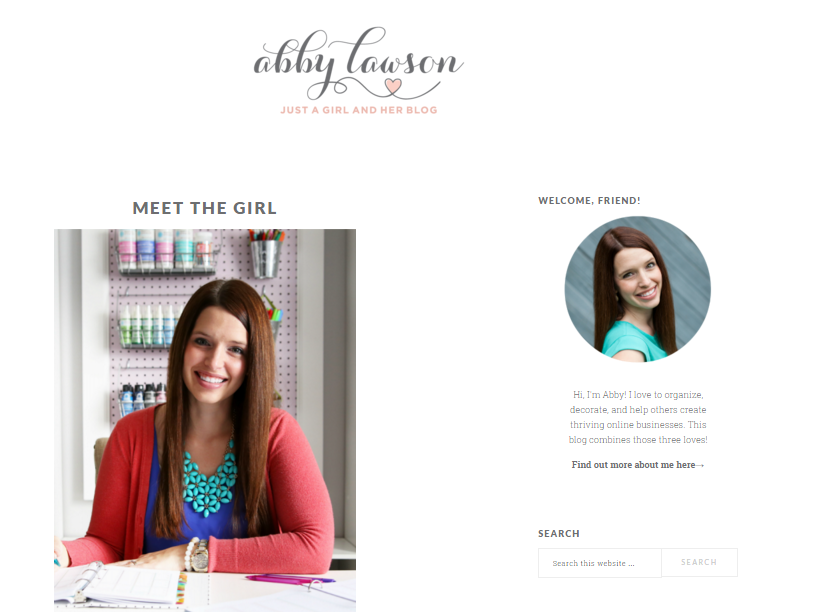 How Long It Took To Earn $100K: Unknown because her blog started in 2013 and she only started posting income reports in 2014.

How She Earns Money: Most of Abby’s income is thanks to affiliate programs like BlueHost.

She also runs her own online course and ebook using Framework and Simplify respectively.

Yearly Earnings: Not all income reports are available, but Justin earned approximately $60,000 in 2015.

How Long It Took To Earn $100K: Unfortunately, Justin only has income reports for the last year or so available on his site.

However, to clearly illustrate the growth of his site, we will look at his monthly earnings from March 2015 against his earnings for March 2016.

How He Earns Money: Nearly all of Justin’s monthly income is derived from display ad sales, and is able to do so because of the high traffic his site accumulates on a daily basis.

How Long It Took To Earn $100K: Unknown exactly, but somewhere between 1 and 2 years.

How She Earns Money: Most of Gina's income now comes from the courses she sells online.

She also does work as a virtual assistant, and still makes money from freelance writing, which is the purpose of her entire website. 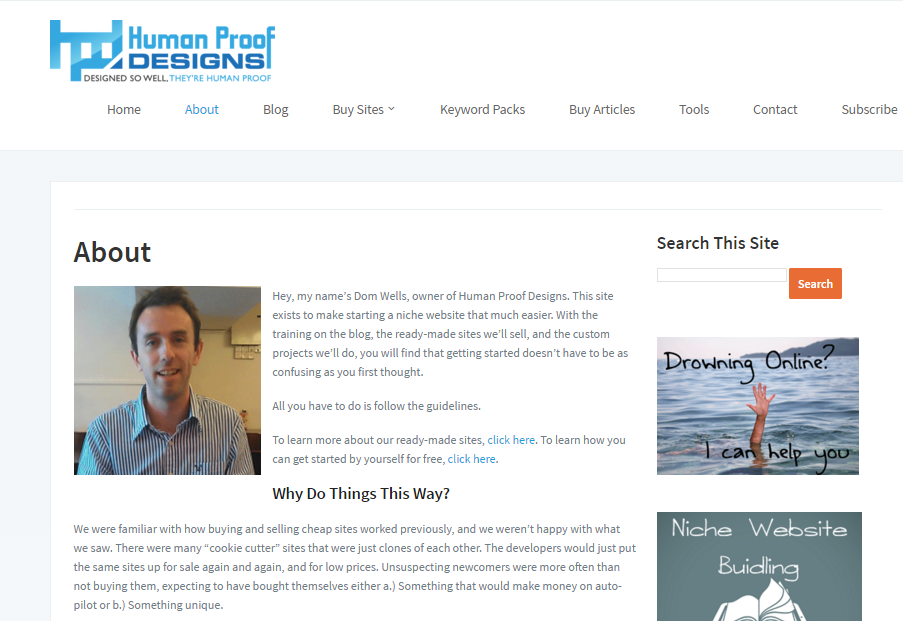 How He Earns Money: The majority of Dom’s income is thanks to the web design he sells on his site.

He offers both custom designed websites and ‘done for you’ templates.

Additionally, a portion of his earnings come from articles he writes.

How He Earns Money: Matthew makes most of his money selling his HTML5 eBooks online.

He also sells his video games, and is part of several HTML5 sponsorships. 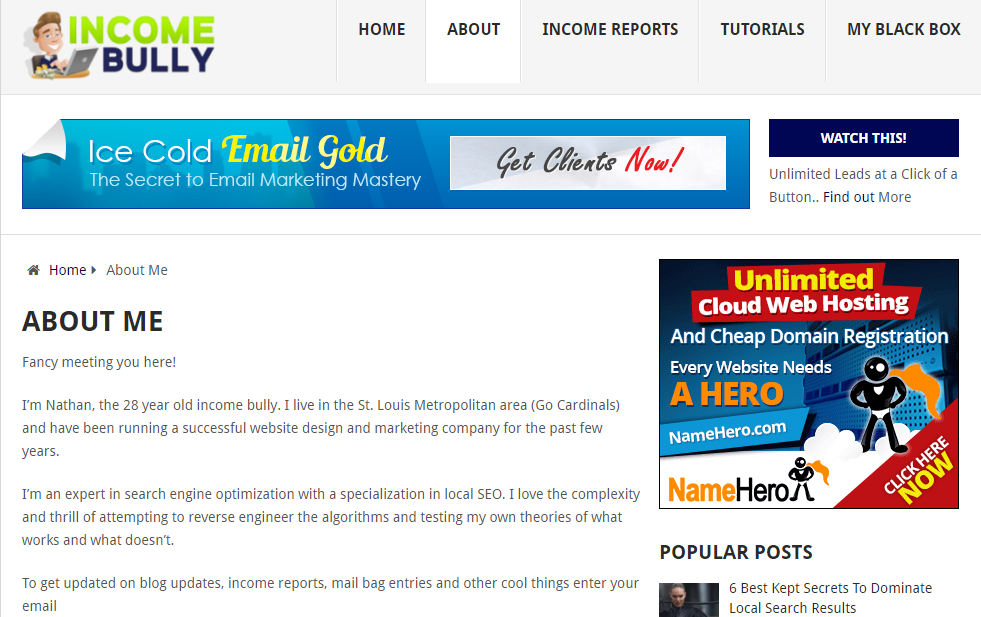 How Long It Took To Earn $100K: Nathan’s site has only been up for about a little over a year and has already made approximately $50,000 total.

If numbers stay this way, it is projected they will hit the $100,000 mark in the next year.

How He Earns Money: Nathan makes most of his money from webinars and online classes where he teaches people how to start a web agency.

Are you pumped to start implementing these strategies straight away?

Hopefully it's given you some encouragement and belief that blogging CAN be a full time income.

Which method listed above are you going to try?

Tell us in the comments below.

Wise Startup Blog created a free guide that covers 50+ bloggers who make $100k+ per year and the top affiliate networks they’re all using, here’s the link. Andrew is a serial entrepreneur whose sites generate $1+ million in revenue and receive 2.6+ million uniques per year. On his Wise Startup blog, he shares actionable advice on how you can build massive, passive income streams, designed for the complete newbie. Follow him on Twitter @WiseStartupBlog and check out his free guide for how 100k bloggers make their money.