This post is part 3 of The Ultimate Guide To Finding Your Profitable Niche.﻿

There are thousands of niches out there with crazy money being thrown around.

You know the ones; internet marketing, gambling, forex, dating, payday loans, insurance, weight loss, and so on.

If you could just grab a piece of it for yourself you'd be mad, right?

However, the problem is...

You might not know much, if anything, about any of those niches.

But can you make money in those niches anyway?

On the other hand, there are niches you are passionate about.﻿

You know, like your hobbies, skills and the things that make you happy in life.

Or at least niches that you know a lot about...

Such as your job and problems you've overcome in life, which may not exactly be a passion but you do know about them.

But are these profitable?

So keep reading to find out whether you personally should pick a passion or money niche...

My Personal Take On Passion or Money

Firstly let's clarify "passion" as it's a strong word.

When I say passion it can really just mean interest or knowledge.

You don't have to wake up every morning being super excited about the topic.

And it could even be a problem area in your life, like a health issue, that you are knowledgeable but not exactly passionate about.

And by 'money' niches I simply mean the hugely profitable obvious niches that are in high demand.

So now we've clarified that let's go back to the discussion about passion or money...

Weight loss is a money niche

Why does it have to be one or the other, right?

But I make sure that they are viable and profitable first, using the research techniques outlined later in this guide.

However, don't make these same mistakes I did...

The idea behind following 'passion' niches is that you're likely to stay more motivated.

It's easier to work on something that interests you than something you don't care about, right?

I mean isn't that part of the appeal of online marketing in the first place?

Otherwise, it just becomes like a job, that you do for money but don't really enjoy it. The Survivalist Niche is Worth Millions but does it interest you?

But here's the thing:

When I first started online marketing I jumped into a few niches I had an interest in without really thinking about how I'd make money from it.

I later struggled to monetize it due to a lack of affiliate products.

And was unable to easily get traffic because the other big blogs in my niche didn't allow guest posting or blog comment links.﻿

And there were no big social media hubs.

And the forums were strict on sharing links.

Plus Facebook Ads weren't around at that point either.

So I really struggled to get the level of traffic I needed for the niche.

And had limiting ways to make money from.

So always make sure you evaluate your interests for profitability first, which I'll show you how to do later in this guide.

Because there's nothing worse than spending months working on a passion project...

...only to find out later it's hard to get traffic or not many ways to make money from it.

As I found out the hard way...

The idea behind focusing on 'big money' niches is that you 100% know they are profitable.

And because there's so much money floating around it's much easier to grab some for yourself. 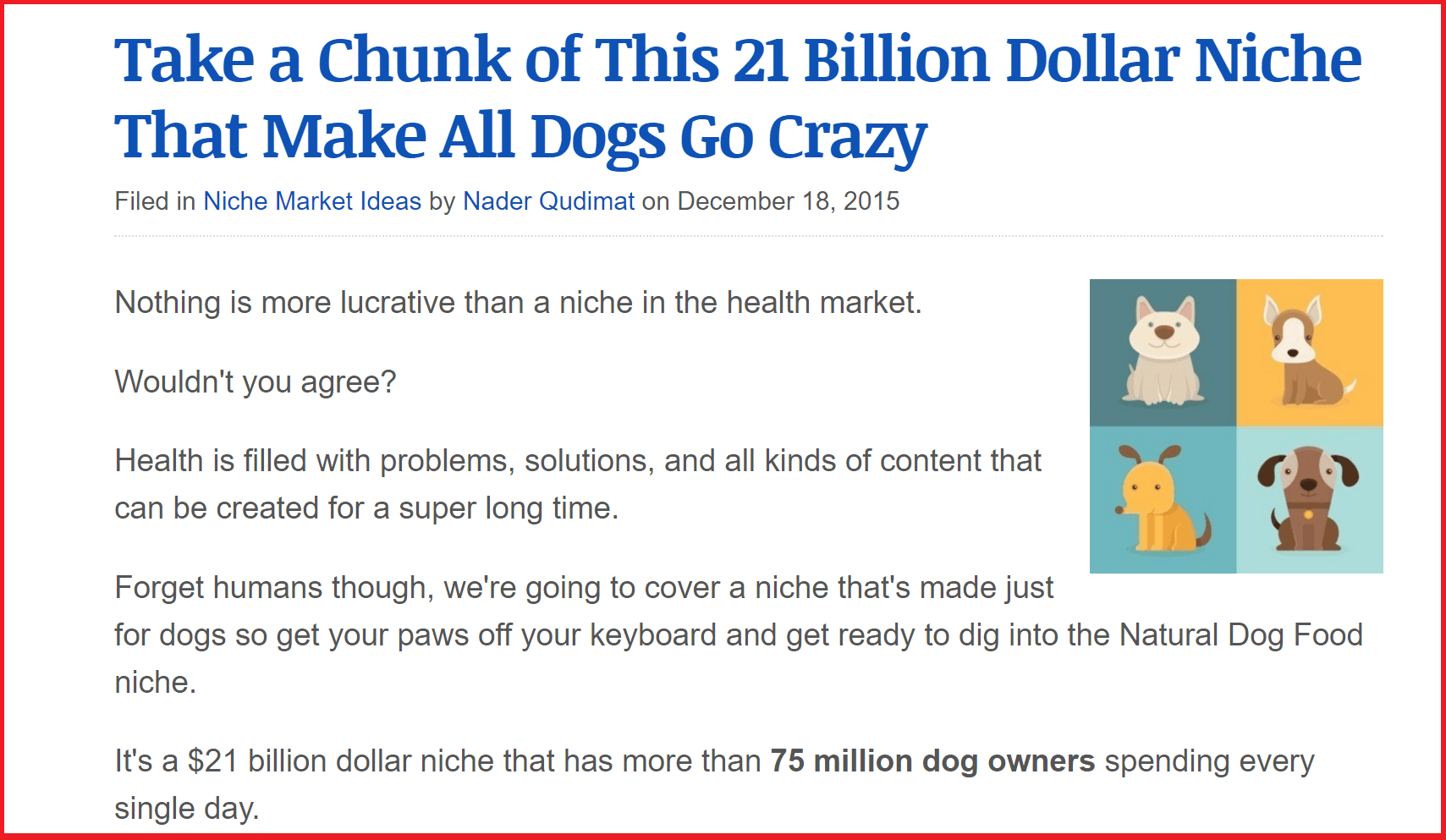 I've also charged headfirst into 'money' niches that I saw were hugely profitable.

Yet I know very little about it.

And that didn't work out well either.

Sure there was plenty of money to be made in those niches.

But that didn't translate to me making money.

Because I didn't know enough about those niches to create anything people in the niche cared about.

Plus I didn't know the pain points of the people in the niche.

Or in other words what made them tick.

Meaning the people in the niche ended up seeing me for what I was...

...an opportunist trying to make 'easy' money from them.

But of course, the easy money never came.

So Passion or Money?

So what's the deal then?

Well, the obvious thing is to pick a niche with you both know about and that is profitable.

It doesn't have to be a passion but at the very least interest or something, you know about. This is our diabetes recipes niche report, people are passionate about feeling better in this niche.

You will learn how to find the perfect balance of interest and profit later in this guide.

But first I asked some experts for their opinion on the subject...

What Do The Experts Recommend?

I decided to ask some online marketing experts to see if they recommend 'passion' or 'money' niches.

The question I asked was...

"For a newcomer to online marketing would you recommend to follow money or passion when picking their first niche?" "Everyone is motivated by different things. I find it really hard to work on things I hate and would happily take a pay cut"

My take on Ramsay's answer:

I believe he's saying he prefers to choose something he's interested in over chasing money.

Because when he chases money, with no interest in the topic, he finds it hard to get motivated.

That's true for me too.

And I think it would ring true for most people especially when new to online marketing. "Passion...and sometimes money. Easy cash in industries even when you don't care about them".

My take on Glen's answer:

He prefers a passion for money.

But he will go for money if he sees easy opportunities in niches he doesn't know about.

Glen is big on SEO.

And I know he's made a lot of money ranking websites in local business niches.

But it seems overall he recommends passion niches.

Matthew was more straight to the point... "I would select a niche I'm passionate about"

My take on Matt's answer:

Well, it speaks for its self.

He goes after niches he's passionate about.

Most likely because it's easier to get motivated to work on something you're interested in.

Then something, you have none in. "I'd hesitate to say follow anything. You must LEAD, and I'd start with an area of interest and then validate its commerciality"

My take on Pat's answer:

What I believe he's saying is to be a leader in a niche you're interested in.

And dominate your niche by striving to be one of the best in your niche.﻿

That's not as difficult as it might sound in a lot of niches.

Especially hobby and interest niches where the vast majority of people are not marketers, but just enthusiasts.

Someone with knowledge and basic marketing skills can easily stand out in the niche.

Brian was the thorn among the roses with a different answer than everyone... 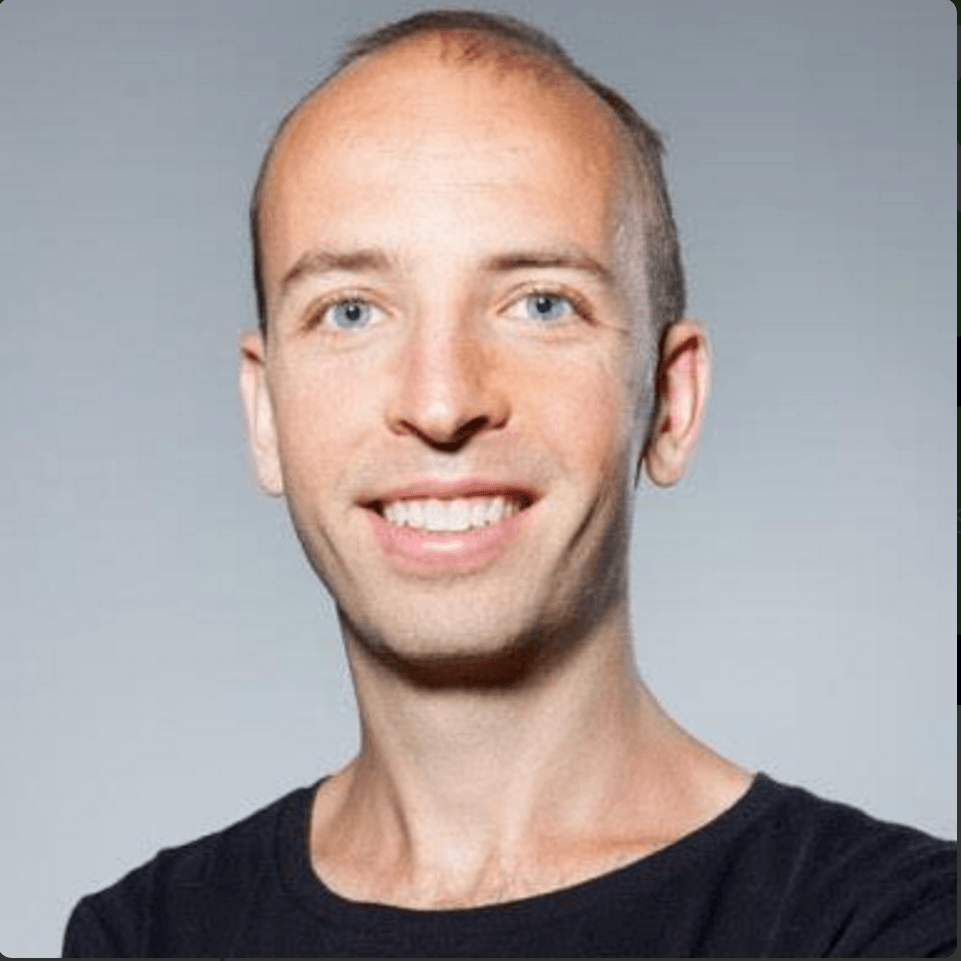 "Definitely money. Once you learn the skills to promote and monetize a site, you can make one around your passion"

My take on Brian's answer:

It was refreshing to see Brian give a different answer from the other experts so far.

I believe he's saying having the skills to make money is more important than working on a passion.

Because once you've mastered making money, especially in a niche you're not that interested in, you can replicate it again and again.

And think how much easier it will be to then make money from your passion. My take on Spencer's advice:

I believe he's saying that if you plan to build a long term business, which of course you should, then work on something you enjoy.

Because it's going to take quite a bit of work over a long period, which will be worth it in the end, so you may as well enjoy doing it.

So to summarize what the experts think...

So far the common theme here is to do something you are passionate about BUT make sure it's a viable money maker.

There were exceptions with Brian Dean saying focus on money first whilst you hone your skills and then work on passion niches later.

Essentially there is no right answer just opinions.

But I can tell you from my personal experience it's much harder to work on projects where I have little interest other than the potential money to be made.

I'll quickly wrap up this section below...

Ideally, you'll to identify a niche where you have some knowledge that is also profitable.

This is where the majority of individuals trying to create online businesses will find their success first time round.

In most cases, there's no reason to pick one or the other.

You can find a niche that overlaps both.

So you can enjoy what you are working on and make money from it.

I hope that explains the passion vs money debate for you?

Let's quickly move on to the next chapter where I talk about the "but I'm not an expert" dilemma.

Thanks for this great resource! 🙂 Great tips and easily broken down for newbies! Wish I would’ve found this post years ago.

If I wanted to start a blog with the mindset of wanting to make money, not necessarily passionate about writing or anything like that, should I stop trying to do this? I've been trying to come up with a niche for the last 6 months and man, there is nothing clicking for me. I've thought about blogging about fitness but thats YMYL and I have to fitness degree or area of expertise I thought about doing an anime blog but I can't use screenshots and I'd have DMCA and copyright infringement fears lurking all over me. Outside of those two niches I can't think of anything else, I don't have many passions, I don't feel like I'm necessarily good at anything, and like I said, I don't particularly like writing, I just really hate my job and I want a way out, that's my mindset and approach to this whole thing. So with that being said, am I literally just fooling myself if that's my mindset? Should I give up on my affiliate marketing delusions of grander and just stick to my day job, instead of researching and researching and not taking action because I realize I'd just be a fraud in whatever category niche that I'm not actually a real expert in?